We purchased 37 Duke Street, London W1 in March 2013 in an off market transaction.

The building is in a prime location in the heart of the West End, just off Oxford Street facing the main side façade of Selfridges, where Top Shop, Chanel and Valentino all currently have shop front exposure.

The building is principally an office building with a sandwich bar / café occupier at ground floor and a nightclub in the basement.
The offices are let on short term leases all on virtually a co-terminus basis.

We purchased the building with a view to obtaining Change of Use on the upper floors to residential, which was to also include filling in some of the light wells to the rear of the building.

Squire and Partners were instructed as Architects, and after a consultation with the Planning Department, a scheme was prepared and a Planning Application accordingly submitted. The proposed scheme allows for six new apartments, x two one bedroom flats, two 3 bedroom flats and x two 2 bedroom flats.

The retail unit at ground floor is to be converted back to traditional retail, whilst the nightclub in basement remains.

Planning consent was granted in January 2014.

The property was sold in 2014 with the benefit of the new planning consent. 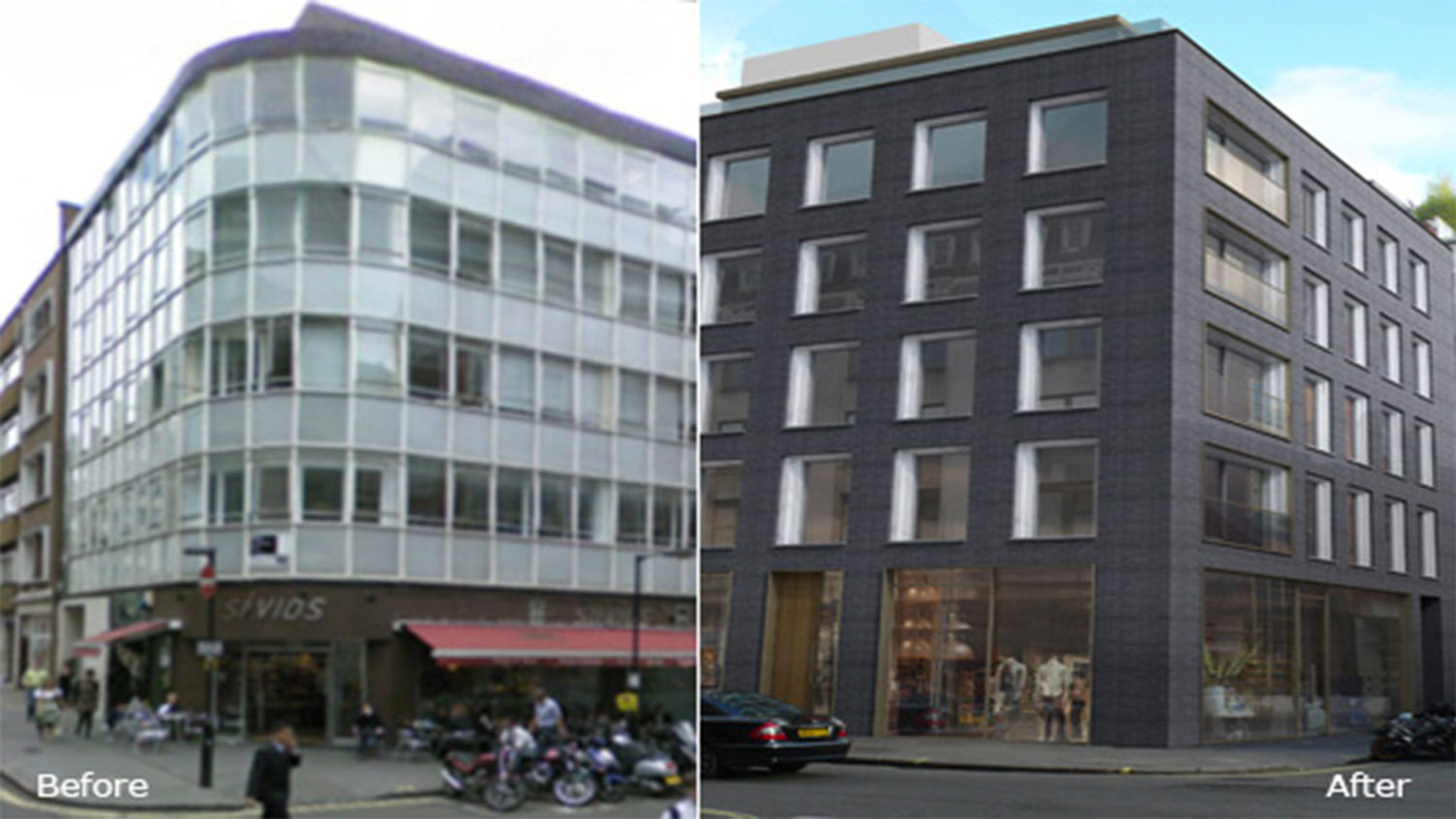